Beitrag 1: Is it worth to turn this idea into an innovation? The Prototype Evaluation Sheet (PES)

Authors: Paul C. Endrejat, Amelie V. Güntner, Frederik Kreft and Simone Kauffeld
Fragestellung: To help organizations advance the detection of promising concepts, we developed the Prototype Evaluation Sheet (PES) which allows to rate the people-centeredness, practicability, and profitability of an idea. Furthermore, we examined how these dimensions relate to design-thinking teams’ experiences.
Untersuchungsdesign: For Study 1, 127 participants rated real start-up ideas on a crowdfunding platform and filled out the PES and the Creative Solution Diagnosis Scale (CSDS). In Study 2, 45 design-thinking teams (N = 211 subjects) that worked on sustainability challenges filled out the PES and reported their affect and motivation at the end of a challenge.
Ergebnisse: Study 1 showed that the PES successfully predicted the success of ideas, measured as funds collected. In a direct comparison, the PES was more precise than the CSDS to detect prosperous start-up ideas: only 3.7% of the PES users but 17.9% of CSDS users assigned higher ratings for an unsuccessful idea than for a successful idea. Results of Study 2 showed that individuals’ PES scores correlate with positive affect and motivation. In both samples, the reliability of the PES was satisfactory.
Limitationen: The PES has yet to prove its value in an organizational setting.
Theoretische/Praktische Implikationen: The PES is better suited than the CSDS to distinguish between successful and unsuccessful ideas. Team members’ experiences (positive affect and motivation) during teamwork influence outcomes, rendering a positive team climate an important endeavor.
Relevanz/Beitrag: We developed the PES to support teams improving the forecasting process on whether an idea becomes an innovation.

Beitrag 2: How to Leverage a Team's Creative Potential: Live-coding During Ideation and Problem-Solving Processes

(Freitag, 24.09.2021, 9:30 - 11:00)
Authors: Paul C. Endrejat, Pauline Papenbroock
Fragestellung: Organizations usually rely on teams to tackle complex challenges. Yet, research suggest that groups seldom exercise their capacity. To boost the dormant potential in groups, we developed a live coding system for the systematic observation of actual behavior to understand and enhance team dynamics.
Untersuchungsdesign: The coding system consists of five codes: 1) idea facilitation, 2) team spirit facilitation, 3) idea hindering, 4) team spirit hindering, 5) organization. We applied the system on 36 teams participating in an online escape room. Six teams were double-coded. We measured participants’ satisfaction with the team process and the duration to solve the escape room.
Ergebnisse: Intercoder agreement was satisfactory (ĸ = .61). Team spirit inhibiting behavior related negatively to satisfaction (r = -.32, p = .028). Idea (r = .35, p = .034) and team spirit (r = -.43, p = .009) facilitation behaviors were associated with successful completion. Idea facilitation was negatively related to the duration (r = -.45, p = .018).
Limitationen: We used adhoc teams and need to expand to open-ended challenges, like brainstorming.
Theoretische/Praktische Implikationen: Our results demonstrate that teams should produce many ideas and pat each other’s back to solve their challenges successfully. Facilitators could use this knowledge to intervene appropriately. Ideally, visual feedback tools could be designed on this basis to make active interruptions of team processes obsolete.
Relevanz/Beitrag: Live-coding is the basis to provide teams with immediate feedback. Developing a reliable and valid instrument thus, is a step towards enhancing teamwork by identifying and strengthening solution-oriented group behavior.

Beitrag 3: Teambuilding in Times of Pandemic: The Potential of Online Escape Rooms

Authors: Paul C. Endrejat, Magrit Abel
Fragestellung: COVID-19 accelerated the trend towards virtual teamwork. However, without face-to-face collaboration, teams may fail to build relational links necessary for effective collaboration. Furthermore, in a volatile world, individuals need the capacity to solve challenges creatively. Building on previous research, we suggest that online escape rooms (OER) could serve as means towards teambuilding and creativity.
Untersuchungsdesign: We designed an OER that required participants to solve puzzles by thinking out-of-the-box to escape within an hour. Data was collected from 130 subjects, nested in 40 groups. We measured cohesion, creative self-efficacy, and affect before and after the OER.
Ergebnisse: 96 of 130 participants successfully solved the OER within sixty minutes. Pairwise t-tests showed that cohesion (t(129) = 2.80, p = .003), creative self-efficacy (t(129) = 4.84, p < .001), and positive affect (t(130) = 4.63, p < .001) increased after the OER. Analysis of variance indicated no main effect of successful completion on the dependent variables.
Limitationen: We lacked a control group and the majority of our sample were adhoc teams.
Theoretische/Praktische Implikationen: Results support the notion that OER are an immersive tool that fosters cohesion, creative self-efficacy, and positive affect. We suggest that OER should be applied regularly to boost team climate and especially when new members enter a team to smoothen the onboarding process.
Relevanz/Beitrag: To our knowledge, this is the first study that examines the effects of an OER. It thereby offers an engaging possibility how the “social glue” necessary for successful teamwork can be established in virtual environments.

Photo by CHUTTERSNAP on Unsplash 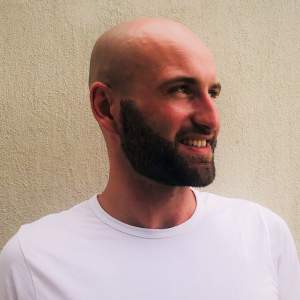